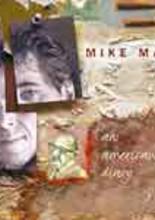 STEPS AHEAD
steps ahead - n.y.c.

Primarily recognized as an award-winning, jazz vibraphonist, Mike Mainieri's equally remarkable talents as producer, arranger, and composer have contributed to shaping the cutting-edge in music. throughout his fruitful career--now spanning almost five decades--Mike has collaborated with the world's most formidable jazz player's produced numerous albums, and discovered a host of innovative, young talent.

Raised in a family of performers and musicians, Mike's training began early. At the age of 14, his own jazz trio was touring with the PAUL WHITEMAN ORCHESTRA, and by 17 he was playing and arranging for Buddy Rich's sextet --a tenure which continued up until 1962. During this period, he also played with such legendary artists as Billie Holiday, Dizzy Gillespie, Coleman Hawkins and Wes Montgomery, and at the age of 18 he won the International Jazz Critic's Award.

As a solo artist, Mike has created and contributed to countless, visionary artistic endeavors. In 1962, he joined the ground-breaking jazz/ rock group JEREMY & THE SATYRS led by flutist Jeremy Steig. Along with Warren Bernhardt, Donald MacDonald, Adrian Guillery, and Eddie Gomez, THE SATYRS jammed at New York's Club Go Go, and performed with such monumental Figures as Frank Zappa, Richie Havens and Jimi Hendrix. During the late 60's, this small circle of performers grew into what became known as the WHITE ELEPHANT ORCHESTRA, a 20-piece, all-star, experimental ensemble. The group featured George Young, Frank Vacari, Michael Brecker, and Ronny Cuber --saxes; Jon Faddis, Lew Soloff, and Randy Brecker--trumpets; Barry Rogers, Jon Pierson--trombones; as well as, Steve Gadd, Tony Levin, Donald MacDonald, Warren Bernhardt, Joe Beck, David Spinozza, and Hugh McCraken in the rhythm section. Under Mike's direction, this jazz/ rock big band evolved into a laboratory for experimentation with various musical forms, ideas, and philosophies. From 1969-1972, the WHITE ELEPHANT clan of New York's finest musicians jammed, and recorded at studios throughout the city, and its energy spawned many musical directions for the decades to follow, including DREAMS, ARS NOVA, BRECKER BROTHERS, L'IMAGES, etc.

In 1992, Mike brought to bear his vast experience with the creation of NYC RECORDS. As an extension of himself, the independent label is a vehicle which allows Mike to continue to explore the musical landscape of the new millenium.